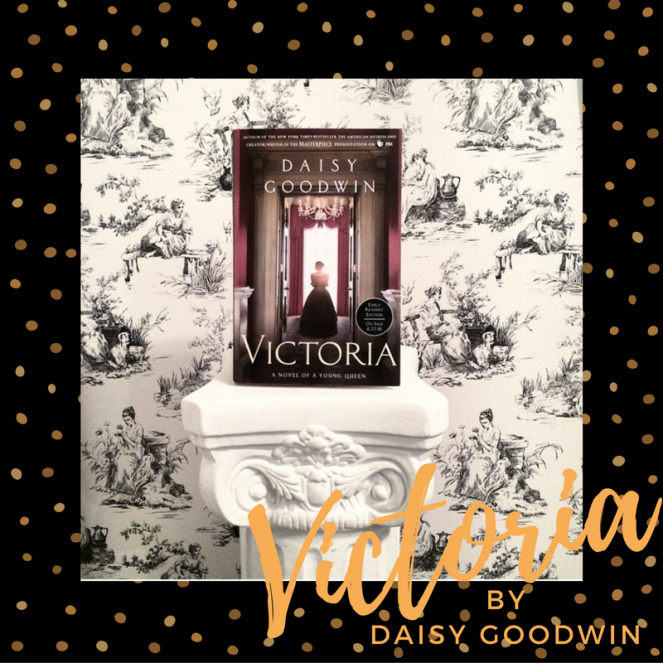 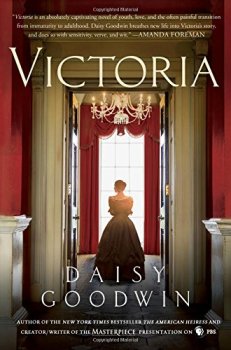 Title: Victoria: A Novel of a Young Queen

Summary (from Goodreads): In 1837, less than a month after her eighteenth birthday, Alexandrina Victoria – sheltered, small in stature, and female – became Queen of Great Britain and Ireland. Many thought it was preposterous: Alexandrina — Drina to her family — had always been tightly controlled by her mother and her household, and was surely too unprepossessing to hold the throne. Yet from the moment William IV died, the young Queen startled everyone: abandoning her hated first name in favor of Victoria; insisting, for the first time in her life, on sleeping in a room apart from her mother; resolute about meeting with her ministers alone. One of those ministers, Lord Melbourne, became Victoria’s private secretary. Perhaps he might have become more than that, except everyone argued she was destined to marry her cousin, Prince Albert of Saxe-Coburg and Gotha. But Victoria had met Albert as a child and found him stiff and critical: surely the last man she would want for a husband….
Drawing on Victoria’s diaries as well as her own brilliant gifts for history and drama, Daisy Goodwin, author of the bestselling novels The American Heiress and The Fortune Hunter as well as creator and writer of the new PBS/Masterpiece drama Victoria, brings the young queen even more richly to life in this magnificent novel.

Disclaimer:  This is an advertisement for SheSpeaks/St. Martins Press.

There have been a lot of exciting books released so far this year, and Daisy Goodwin’s Victoria, which comes out next Tuesday, is one I have been anticipating for a while now. Anyone who reads this blog will know how much I love historical fiction, and combine that with my love of the English monarchy and what could go wrong?!

If the summary above sounds rather familiar to you and you’re not quite sure why, it’s probably because of the recent ITV television series of the same name starring Doctor Who’s Jenna Coleman as a young Victoria. The first series of Victoria has already concluded in the UK, however it will be shown next year on PBS so if you haven’t gotten to watch it yet, I highly recommend it. I’m only about halfway through the first season, but I’ve completely fallen in love. Also, the cinematography is completely stunning. I’ve included a few stills from the series down below to show you what I’m talking about (*heart eyes emoji*). Daisy Goodwin wrote the screenplay for the television series, so if you like the book you’ll like the show, and vice versa. 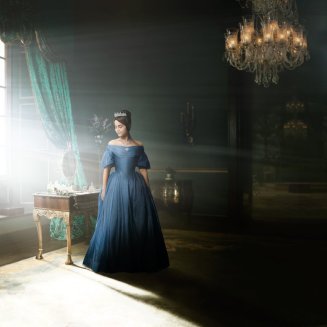 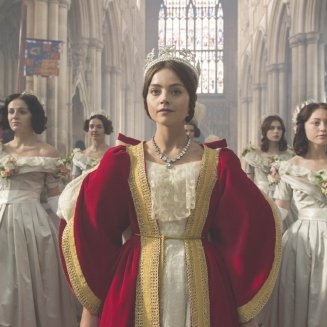 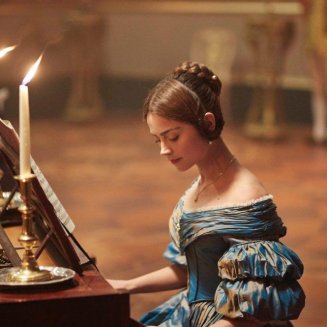 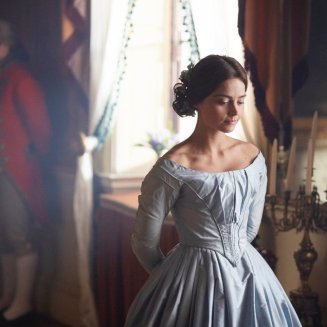 Going into both the series and the book, I must admit that I didn’t know much about Queen Victoria. I knew her mainly in the context of her namesake, the “Victorian Era,” during which well-beloved authors such as Dickens made their mark upon literary history. The only real image I had in my mind of Queen Victoria was of a rather stern woman with gray hair and a domineering expression upon her face, much like the photograph below – certainly not the sort of individual I would expect Jenna Coleman to play.

It is exactly this stereotype of Queen Victoria that Daisy Goodwin shatters in her latest novel. History seems to have forgotten that before Victoria was an imposing older woman, she was young, vivacious teenage girl who, kept in isolation for most of her juvenile years, was thrust upon the throne not long after her eighteenth birthday to run a country accustomed to the reign of fat old men. Daisy Goodwin’s Victoria isn’t just another historical fiction novel about the British monarchy, it’s a very real, very human portrait of a young woman growing up, making friends, and falling in love, all while trying to cope with the responsibilities of running a country.

I completely loved this book. There’s something about Daisy Goodwin’s prose that sucks you in and won’t let you go until you’ve finished the last page, and I had an incredibly tough time putting this book down (this wasn’t very beneficial for my university work, but there you go, sometimes sacrifices must be made in the name of literature!). Readers follow Victoria from her first public appearance to her coronation, from the balls she holds to her charitable works, from her relationship with her advisor, Lord Melbourne, to her disputes with her mother, to her eventual love story with her German cousin Prince Albert.

The only minor issue I had with Victoria was that, as someone who had watched the TV series before picking up this book, I found certain passages to be a tad problematic. For example, there are certain scenes in this book (and I won’t mention any specifics as I want you to go read it for yourself) where the narrative flips back and forth between two events happening simultaneously in two different settings. This scene works incredibly well in the medium of television, where scenes can be cut here and there as the director sees fit, but in the continuous prose of a novel such a scene doesn’t flow very well. Like I said, this is only a minor issue, and in order to avoid it I would recommend reading this novel before you watch the television series, as this will eliminate any such connections in your head.

Overall, I thought Daisy Goodwin’s Victoria was a highly enjoyable historical fiction novel, and an extremely intimate and accessible portrait of a queen whose memory has taken on rather daunting overtones. If you are a fan of historical fiction, anything to do with British history or the royal family, or you just like reading about strong female characters, make sure you check out a copy of Victoria by Daisy Goodwin. 🙂

Preorder Victoria here on either Amazon or Barnes and Noble, or wait and purchase your copy on the 22nd!

2 thoughts on “Fit for a Queen: Victoria by Daisy Goodwin”

© Shannon Burton and Reflections of a Reader, 2016. Unauthorized use and/or duplication of this material without express and written permission from this blog’s author and/or owner is strictly prohibited. Excerpts and links may be used, provided that full and clear credit is given to Shannon Burton and Reflections of a Reader with appropriate and specific direction to the original content.
%d bloggers like this:
%d bloggers like this: